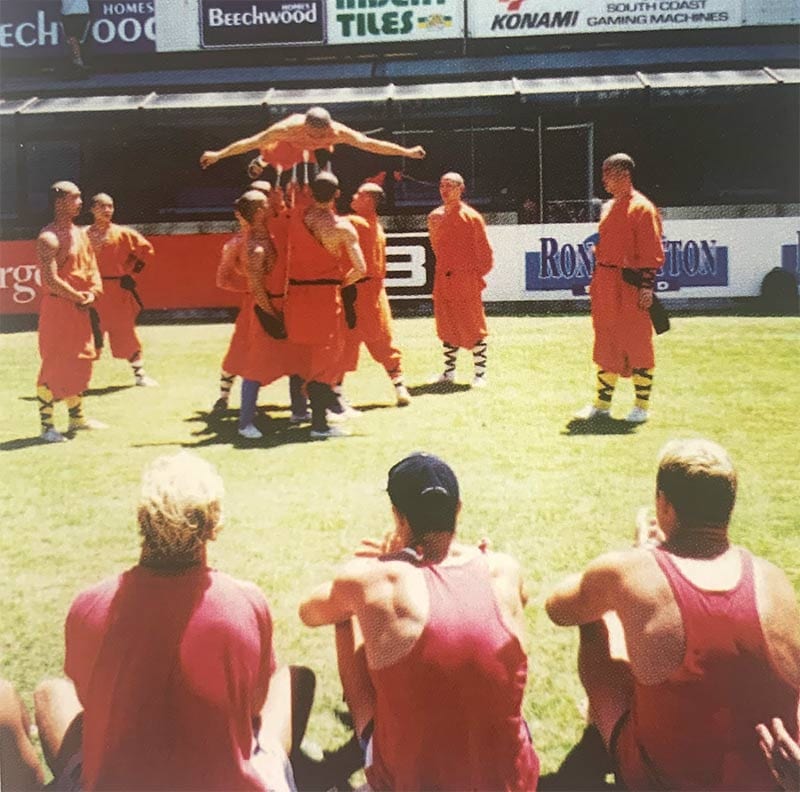 In the months ahead leading up to the inaugural WORLD NINES – Confederation Cup to be held in Samoa , I look forward to exchanging philosophies here about the game of rugby league and its place in global sport. The universal ‘language’ of our planet is Sport , and the different sports around the world are the various dialects. Rugby league in particular, for me,  provides so many lessons and shared understandings, and  requires a self-discipline that cannot always be learned in the home or the classroom.

We are going to open ongoing discussions here about sport in today’s society. We want to talk about talent identification, the development of latent talent, skill acquisition in practical ways, the pathways to follow or ignore, and why players should never stop dreaming of the impossible try, catch, goal… it’s just a dream unless you make it possible.

Let’s exchange ideas about ways to make this game of rugby league, and indeed all games of  various sports more enjoyable for participation, more safe to play, without diminishing the aggression that has been part of collision sport for 2000 years.

Let’s talk here with and about women in sport , because they are better equipped to play most games that were previously considered a ‘male domain’,  simply because they’ve been multiskilled since young girls playing a diverse range of sports such as netball ,basketball ,cricket ,and softball, whilst us mere males played mainly rugby league and other football codes in winter,  cricket in summer, and others.

Finally, I hope you will all support and follow what we are committed to achieving in Samoa because it’s not just about a lot of countries that have never played rugby league, or even played yet at international level . WORLD NINES – Confederation Cup will showcase for the first time in history ‘new generation’ nations playing rugby league, including teams from the powerhouse populations of India and PRC…never seen before sporting talent playing rugby league in the Nines format…fast, highly competitive and internationally sanctioned by the IRL.

I am grateful to the many Twitter people who encouraged me to progress this inaugural Second Tier international ,non-NRL /non Super league  tournament.

WORLD NINES – Confederation Cup is set to begin and will be ongoing.

Maybe differences at present existing on our planet between various nations may well be solved on the field of play by athletes that believe there is a better way.