The event will take place at Apia Park in October and feature 12 men’s and eight women’s national representative teams.

Tagaloa said hosting an event of this magnitude had been a long-awaited dream.

“We have some people who are willing to put their hands up and bring the tournament here in Samoa…it will be really good for not just the tournament itself but the overall economic spin-offs and an opportunity to sell Samoa in addition to what the other bigger events that have been hosted here in Samoa in the past.”

Australia, Samoa, China and India are confirmed participants for the WNCC tournament with additional teams from Asia, Europe, Africa, America and the Pacific to be announced in the lead up to the event.

Tournament organisers were working hard to get other nations on board and he was confident of success.

“The organisers are working, trying to register the interest of other new nations [and] getting the new nations. It’s good for the organic profile of the game,” he said.

“All the rugby league fraternities are happy and grateful with the government with their support towards the nines here in Samoa [and] with the inclusion of other new markets to come on board, which is really in line with the global conversion of the international rugby league strategy.” 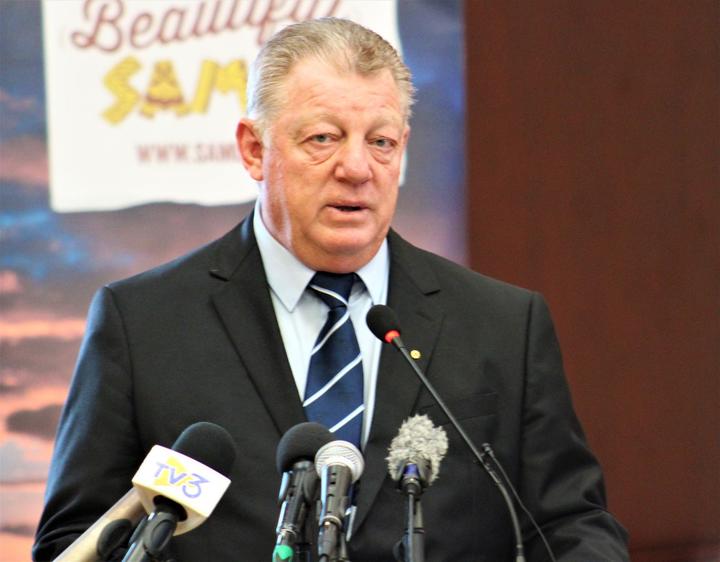 Special ambassador for the World Nines Phil Gould to be in October.

Players from professional rugby league competitions, including the National Rugby League and Super League, will not be eligible to take part in the tournament but will feature rugby league talents from around the world and the Pacific.

Tagaloa said it would provide a platform for players to improve their experience and skills in the code and would also be used as a tool for up and coming players to promote their careers through exposure during the tournament.

“It’s not for the elite players, but more for the development of players…you can’t imagine NRL players playing against teams like India and China.”

“This is an opportunity for the players to expose and to excel the challenge [in the tournament] internationally.”

Tagaloa hoped the inaugural event was the beginning of an on-going tournament to be held by Pacific nations.

“It would be good to stay in Samoa but more importantly to continue the tournament in the Pacific nations to showcase rugby league globally.”

Speaking at the launch of the tournament last week, Prime Minister Tuilaepa Sailele Malielegaoi also acknowledged the many benefits that Samoa stands to reap from the event.

“The tournament will benefit not just our athletes, as esteemed media coverage of Samoa as the host country will benefit Samoa as a whole, while opportunities to expand knowledge of local coaches and referees in the rugby league code will be acquired at no cost.”

Those were “crucial elements” in the government’s decision to host this tournament in Apia.

“While this will focus on international interest on Samoa as a sporting nation, it will also portray our capacity to host world events and demonstrate the capabilities of our sports personnel and infrastructure that have made it possible to conduct and facilitate several international sporting events in the past,” he said.